The Global Competitiveness Report 2006-2007 1 Switzerland 24 Korea, Rep. 27 Chile 28 Spain 42 Italy 88 Venezuela Total countries: 125 In english I have not much to say, I’m only quoting the parts that interest me. You can read it in Italian or Spanish

Italyâ€™s competitive position has continued on a downward trend, well established over the past few years, dropping four places to 42 in this yearâ€™s Report. The list of problems is long. Italyâ€™s underlying macroeconomic environment is poor due to having run budget deficits without interruption for the past 20 years. The fiscal situation has deteriorated sharply since 2000 and public debt levels are well over 100% of GDP, among the highest in the world. The poor state of Italyâ€™s public finances may itself reflect more deep-seated institutional problems, which are shown in low rankings for variables such as the efficiency of government spending, the burden of government regulation and, more generally, the quality of public sector institutions.

Koreaâ€™s (24) performance is slightly more uneven than that of Malaysia. The country has already reached world-class levels in certain areas, such as macroeconomic management, school enrolment rates at all levels, penetration rates for new technologies and scientific innovation, as captured by data on patent registration. However, Korea continues to be held back by institutional weaknesses, both public and private, for which it has not yet reached the standards of Finland, Sweden, Denmark or Chile. Taiwan (13) continues to operate at a high level of efficiency but has dropped below last yearâ€™s “top-ten” status. It is an innovation powerhouse, with levels of per capita patents registration exceeded only by the US and Japan. It continues to excel in higher education and training indicators (ranked 7th overall) but, like Korea, its overall rank is weighed down by weaknesses in the institutional infrastructure.

As in previous years, Venezuelaâ€™s overall performance (88, down four places) continues to deteriorate, despite the emergence of a government budget surplus, a phenomenon seen in all oil-exporting countries. The single most important obstacle to development, however, appears to be the insufficient quality of Venezuelan institutions, especially to combat corruption, undue influence in decision-making and to reduce government intervention, all areas in which Venezuela figures among the worst ranks. For all the talk about the social dimension of the governmentâ€™s “benign” revolution, school enrolment rates are either mediocre or poor, with Venezuela ranking 84th, just behind Vietnam, Suriname and China, at the secondary school level. Venezuelaâ€™s infant mortality rate of 16 per 1,000 live births is on a par with Albania and is higher than that of Russia or the Ukraine, two countries still recovering from decades of public health neglect. 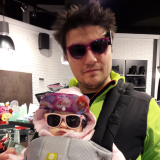 My name is Cristian Bracci, and I am married to a beautiful lady as well as the dad of two amazing daughters.
Aside from working full-time and spending time with my family, I generally spend my free time learning new things or playing video games.
Since the days of Atari, I've been a gamer.